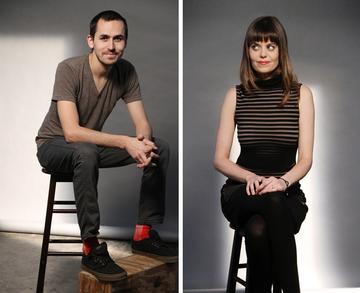 Erinnisse Rębisz is a director, producer, and editor for television and film, born in New York City. The feature-length HBO documentary “Madonna of the Mills,” edited by Erinnisse, was nominated for a Genesis Award for Best Television Documentary. She has produced and edited dozens of music videos, commercials, and public service announcements. She studied at a Buddhist university (Naropa). “Shoulder the Lion” is her debut feature film as a director (she's also its editor).