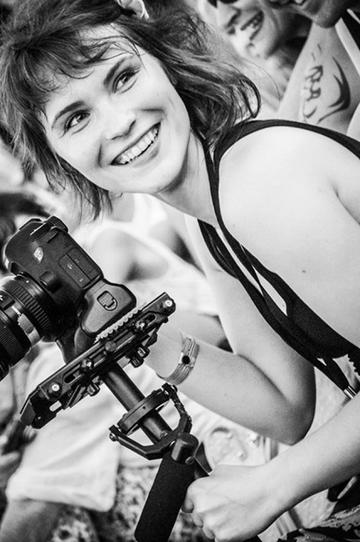 Gloria Kurnik is a visual storyteller and filmmaker. In her work, mostly inspired by the destinations she travels to, she tries to highlighting the similarities underneath our apparent differences. Gloria’s first short, “Confined,” won the “India Is” Film Challenge 2013, while “Spinning a Yarn?” won the Grand Prize during the Faces of Wisdom Short Film Competition 2014 in Finland. She's the Grand Prize Winner (Achievement Award) of the CinemadaMare 2015 travelling film campus and festival in Italy.