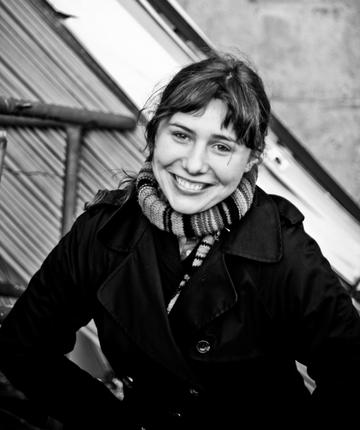 Born in 1974 in Koszalin, where she graduated from secondary art school. She studied animation at the Film School in Łódź, as well as graphics and design at the Academy of Fine Arts in Łódź and at the Film University Babelsberg KONRAD WOLF in Germany. Received scholarships from DAAD, Nipkow Programm, and DEFA Stiftung in Berlin. Among many of her Plasticine animations, “Jam Session” (2005) brought her most success, being honoured with numerous awards, including the Silver Bear for short film at Berlinale. Currently she works in Berlin, where she has her own production company Clay Traces.
Filmography:
Darling  (2013)
Afternoon (2012)
Josette and her Daddy (2010)
Esterhazy (2009)
7 More Minutes (2008)
Marathon Digi Beta (2008)
Śniadanie (2006)
Jam Session (2005)
Po drugiej stronie  (2002)
Dubler (2000)