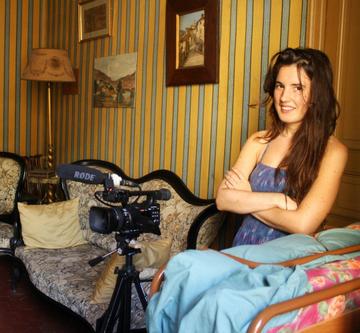 Born in Paris in 1987, worked as an assistant of acclaimed documentary filmmaker Marc Isaacs before co –founding Quadrangle Film Festival, a creative documentary film festival in Kent. It’s after these inspiring experiences that she decided to start on the making of her first professional short film Peut-être le noir (Maybe Darkness) which won the Wildcard for Best Documentary awarded by the Flemish Film Board and was premiered at Visions Du Réel Nyon.
Filmography:
Maybe Darkness (2013)
A Self Portrait. In five stories (2011)
A Portrait Of Renee, the last of the Mohicans (2010)
Statue (2008)