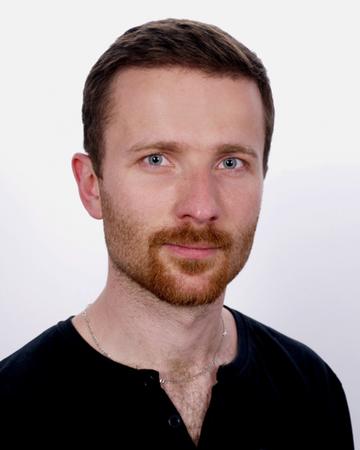 Graduate of two Gdańsk artistic schools: the Academy of Fine Arts and the Music Academy. Has also finished postgraduate studies at the Jagiellonian University in Cracow. He is currently a doctoral student at the University of Gdańsk. As a musician he gave concerts in over a dozen countries in Europe and twice in South America. As a visual artist he participated in many individual and group exhibitions in Poland and abroad. As an independent director he received over a dozen awards, and his films were shown at several dozen festivals in Poland, the USA, Argentina, France, Germany, the Czech Republic, and the Netherlands. Several times he has been awarded the scholarship of the Ministry of Culture and National Heritage, and of the Marshal of the West Pomerania Voivodeship. He was also nominated as: “Chojniczanin roku 2009” (in a plebiscite by www.chojnice24.pl), “Człowiek roku 2015” (in a plebiscite by Gazeta Pomorska) and to the “Dokonania Roku 2015” Award in the culture category by Biuro Promocji Regionu Chojnickiego.