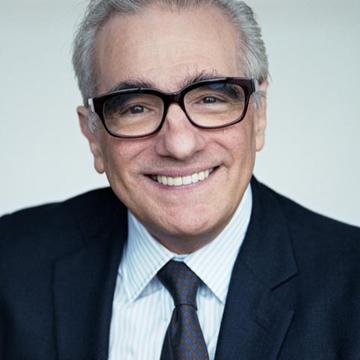 Each year, the Top League section presents the work of one prominent director. This year we will show selected works by the acclaimed and unique Martin Scorsese, who won an Oscar for directing “The Departed” in 2006 and a Palme d'Or for “Taxi Driver” (with the excellent Robert De Niro as the lead) and “After Hours,” has been laureate of the BAFTA award twice, as well as winner of multiple Golden Globes.
Born in 1942 in New York and raised in the Little Italy district, Scorsese already showed interest in cinema as a child. He has often talked about his little rituals – going to the movies with father. As he claims himself, that was the only thread of communication between them and one of the few topics for conversation. We can observe their relationship in one of this year's Top League films: “Italianamerican” from 1974. It is a very interesting and intimate story told from the perspective of the great director's parents. Apart from popular feature films, such as “Goodfellas,” “Shutter Island,” and the previously mentioned “Taxi Driver,” Scorsese shot a number of less known documentary films. We have decided to present them to you; “My voyage to Italy” and “Lady by the Sea: The Statue Of Liberty” are only two of them. To cut it short: this is a program for those who want to get to know Martin Scorsese and his work from a different angle. It is well worth it.
Filmography:
Mean Streets (1973)
Alice Doesn't Live Here Anymore (1974)
Taxi Driver (1976)
New York, New York (1977)
Raging Bull (1980)
The King of Comedy (1983)
After Hours (1985)
The Color of Money (1986)
The Last Temptation of Christ (1988)
Goodfellas (1990)
Cape Fear (1991)
The Age of Innocence (1993)
Casino (1995)
Kundun (1997)
Bringing Out The Dead (1999)
Gangs of New York (2002)
The Aviator (2004)
The Departed (2006)
Shutter Island (2010)
Hugo (2011)
The Wolf of Wall Street (2013)