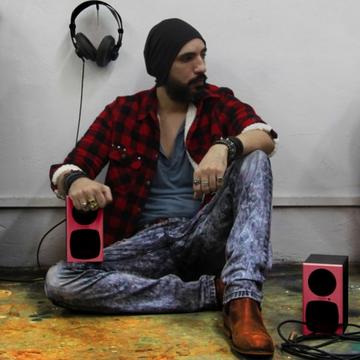 Pablo Mengin is a French director and music composer born in La Réunion, a French Island in 1983.
He grew up surrounded by contemporary art, and internationally known artists. At 18, he moves to Paris to study jazz music and improvisation. In 2010, he was invited to participate in the artist in residency program of the Gershwin Hotel in New York City. In 2016, Pablo Mengin moved back to Reunion Island in order to make the animation film “Scandal”, where you can watch more than 2000 paintings in 4 minutes.