The sixth edition of the competition for short films from West Pomerania is drawing to a close. In the final there are 12 films, including documentaries, music videos, making-of videos, as well as a wildlife film. The main prize for the competition winner, a year-long free licence for the Media Composer software, was funded by the AVID Poland company. The winner will be chosen on the basis of votes by the audience and the jury members – Marek Fiałek. 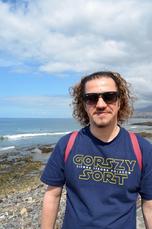